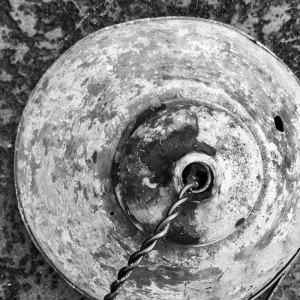 I have never been a big iPhoneographer. I have occasionally taken images with my iPhone in the past but I have generally looked at the iPhone camera as an “emergency” camera to only be used in the absence of one of my big Nikons. I crave the control given me by my Nikons to set the set the f-Stop, shutter speed, and ISO independently as well as change lens. Thanks to the efforts of our iPhoneographer instructor, Joyce Harmon, a students, and an investment on Kickstarter, I think that I might just change my mind about iPhoneography.

First, Joyce introduced to a camera app that is really good. ProCamera 7 has, among other things, three distinguishing features for me: (1) separate focus and exposure control; (2) TIFF file format; and (3) night/long exposure controls. With ProCamera, I can set both the focus point and the point in the image at which the exposure should be measured so I can focus on my subject and expose for a bright background to prevent the highlights from blowing out. TIFF file format allows me to capture high quality images or, at least, uncompressed files and the night/long exposure settings gives me some additional tools for long exposure. Is it perfect? No but it is a heck of a lot better than previous camera apps.

Second, a student recommended the Vivid HDR app to me. I simply have never gotten the results that I wanted from any of the HDR apps that I have used in the past and, because it is so easy to blow out the highlights with these cameras, HDR is literally a “must have” for me. Vivid HDR, unlike many of the other HDR apps, takes three images rather than two and blends them together very well and quickly. I am particularly impressed with its ability to handle motion, removing my dog from several image sequences where she shouldn’t have been (like any dog). Beyond that, the colors are good and the app is fairly intuitive. 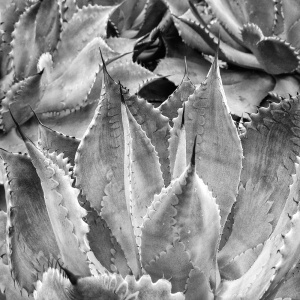 Third, I participated in a Kickstarter project for a universal lens adapter and rig called the Beast Grip. The Beast Grip allows me to mount lens with a 37mm thread on the iPhone and expands the size of the iPhone. The iPhone has always been a little small for me to hold comfortably so the increase in size is a welcomed change.

Moreover, with the above, I have found iPhoneography to be a pleasant change from lugging around a lot of equipment. Its biggest impact may be one that is hard to measure: I feel free to experiment when I use the iPhone. When I pick up one of the Nikons, I always feel as though I have to get the perfect image and then, when working on an image from one of the Nikons, I am reluctant to experiment with different software effects. I am not sure why this is but it is. iPhoneography might just be another way for me to exercise my creativity.

Editor’s Note: Joyce Harmon will be teaching a course for the School of Creative Photography on iPhoneography on Saturday, April 5, in Sterling, VA.

02 Apr This entry was written by School of Creative Photography and published on April 2, 2014 at 4:00 pm. It’s filed under Inspiration and tagged HDR, iPhone, Joyce Harmon. Bookmark the permalink. Follow any comments here with the RSS feed for this post.